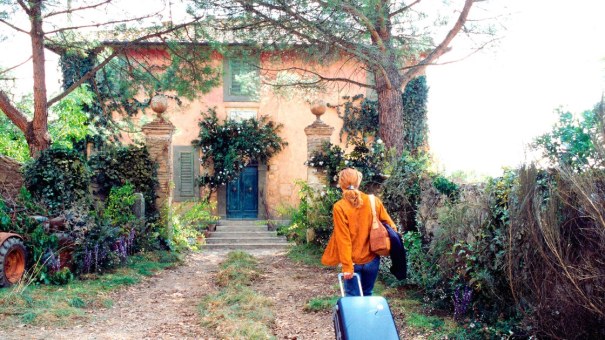 I love reading stories about women who do an about change in their life because their circumstances are making them unhappy. Two well-known examples that come to mind are “Under the Tuscan Sun” and “Eat, Pray, Love”, but I have discovered there are many more out there to discover. I can hear the groans now! You’re probably thinking this woman’s age is affecting her brain. Yes, these stories are fiction, but often real life is stranger than fiction. And I honestly believe that writers use real life situations in their novels because the readers can relate to the characters easily.

Just yesterday, I finished the book, ” Under Italian Skies” by Nicky Pelligrino.

It was recommended by a friend who knows I love Italy and France as much as she does. The book itself was entertaining, but more important was the fact that it was written about middle-aged women and their lives and dreams. Fiction, yes, but those women could have been any one of my real friends. All of the characters had come to a point in their lives where they thought they had to accept their situations. They were all beautiful women with so much more life to enjoy. All they needed was a gentle push.

We often fall into ruts throughout life. Our days become routine and mundane. If you are raising a family, this is especially true, and having been a single parent who raised two children alone, I know how easily we can lose ourselves in their lives. Dreams fade into the background of every day requirements so far that we often forget they even ever existed. When I was younger, my own mom often reminded me that I had no time of my own, but even back then, I knew my turn would eventually come.

My children grew up and left home, and I found myself with a great deal of time for me. Luckily, I had an amazing circle of friends, all in similar circumstances. As time went on, more women joined our group. We were drawn together by our common interests, but we have also expanded our lives by trying new things together. There is something very reassuring about the support from others.

I can’t say it enough. Live your dreams as much as possible; you will never regret it. Just today, I came across a post by Humans of New York in Facebook about a woman who is doing just that. I enjoyed the piece so much, I am including it in this post. It reads as follows:

“I spent thirty-six years as an editor at the New York Times. There were so many rounds of layoffs, and so many buyout opportunities– but I kept turning them down. I was terrified of retirement. I never wanted to ‘retire.’ The word sounded terrible to me. It meant going to Florida and dying. It meant sitting in a chair and watching daytime TV. It meant not working anymore. Not thinking anymore. Nothing but play and relaxation. And that wasn’t enough for me. That’s not living. You always need to have a goal. Grandchildren are great, but they’re not enough. You need something to wake up your brain. A reason to focus. A reason to get out of bed and use everything that you’ve ever learned. I’ll never see myself as retired. Right now I’m trying to become a fiction writer. I love it because my brain is always working. Some days I think about my work so much, that when I finally sit down to write, it just comes pouring out my fingers. I’d love to finish a book one day. Something that people enjoy. And I’d love to have it published. Maybe a hardcover from Random House. That gets optioned for a movie. And wins an Oscar. Oh it’s exciting, isn’t it? I could go on and on.”

So, the next time that you read a lovely fictional story, and you find yourself wishing that was your life, think again. You are the author of your own book. Write it the way you want it to be. 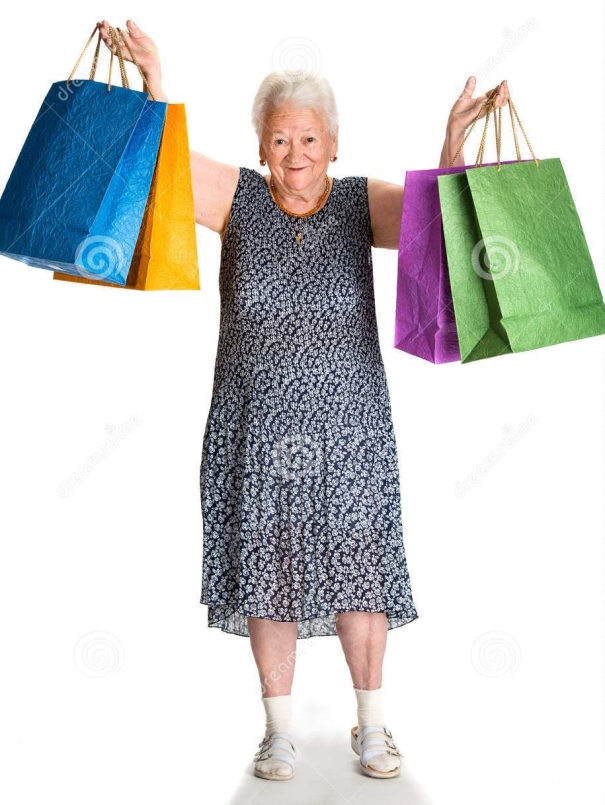 I have always loved to shop. I admit it. I used to pour over sale flyers and advertisements on a Saturday morning with my coffee. Now, I simply use my Flipp App on my phone to check grocery prices and other items for my home. I can go several weeks without ever stepping inside my local Winners store. That is unbelievable! So what happened? Is it my age? Do I not care about what I am wearing anymore? Is there no extra money left from my pension to make frivolous purchases? None of these apply!

I always noticed those ads that appear frequently on my Facebook news feed, but I never really payed them much attention. I would simply scroll on by. Then one day, an ad for twinkle lights caught my attention. Yes, I said twinkle lights. The picture of a garden alight with these teeny,tiny bulbs looked so beautiful, AND they were solar. I had never seen them in any store in my city. I was truly intrigued, so I clicked on the site.

There they were. Beautiful strands of 100 lights for a mere $19.99. I had to have them. So, throwing caution to the wind, I began to fill out the order form. I discovered that the more you ordered, the better the price. When I got to the payment section, I started to rethink my actions. Should I give out my credit card information? I mean after all, I knew nothing about this company except that they had something I really wanted.

I noticed a PayPal option. I had heard of it. I knew it was touted as the safest method of payment, but I did not have an account. Those lights kept twinkling in my mind. If I wanted them, then I was signing up with PayPal. The process was so simple, even I had my account set up in a matter of minutes. My twinkle lights were paid for with just a click of the mouse and before I could log off my computer, notification arrived in my email to confirm my purchase.

It was all so easy. Now all I had to do was wait for my parcel which came in a matter of days. The lights were exactly as I was hoping and I love looking at them every evening as darkness moves across the sky.

And that is how easily I became an online shopper. Since then, I have purchased shoes and clothes, accessories and jewellery, tech items and more lights. The transactions are so easy, and I can do it any time day or night.

Now I am by no means suggesting you become a shopaholic. The same restrictions apply whether you are in a store or on your computer. If you can’t afford it, don’t buy it. I am simply suggesting it is the way of the future, and there is no need to think you can’t handle using the technology. Who would ever have imagined that you could shop all over the world from your own home? And just think of all the wear and tear on your feet. Save them for doing something more fun like dancing.

Over the years, it has been my observation that most seniors either resist or struggle with the use of new technology. My mother was actually responsible for my first foray into the tech world of cell phones. She worried about me driving my kids to and from sports tournaments and dance competitions late at night. What if I had a flat tire or engine trouble?? So, to put HER mind at ease, she gave me a mobile phone for Christmas one year. It looked something like this.

It was about the size of a brick and weighed as much. You could make and receive calls, nothing more. It fit neither a pocket nor a purse, but I dutifully carried it in my car for several years. Eventually the rechargeable battery needed to be replaced and I decided it was too expensive. That phone eventually found its way into a yard sale.

When the new compact cell phones first arrived in stores, I did not rush out to get one, but later with the urging of my kids, I finally joined the 21st century. I initially took some teasing because I carried it in my purse, but did not turn it on. I was afraid the battery would be dead when I needed it. My kids were exasperated with me. “How can we call you, if it’s never on.” Good point! I was definitely a work in progress. I have since used that same line on some of my friends. I still have plenty to learn about the capabilities of my cell phone, but I’ve “come a long way, baby”. However, I am not ready to give up my landline just yet.

Computers are another story entirely. I was basically forced into using them near the end of my teaching career. I spent endless hours over weekends and in the evening in the school library working on the new computerized report cards. It was painfully inconvenient, but I had no choice. My lack of typing skills only exacerbated the situation.

I finally decided to purchase a computer of my own. I was actually  so naive that I assumed it would be plug and play. The salesman assured me it was a very straight-forward operation. When I opened the carton, I was overwhelmed by cords and instructions. The terminology made my head spin. Too stubborn to admit I was in over my head, I forged onward following every word of the manual and two days later, I was ready to push the “on” button. I was in utter shock when the screen lit up. Of course, the real challenge was still to come. I now had to learn how to load the programs into my new computer. By the time everything was functional, the instruction book was in tatters.

Well, I am happy to report that two computers and four laptops later, I can find my way around the workings of many computer programs and can’t imagine my life without this amazing technology. I still can’t type, but I learn something new almost every day. 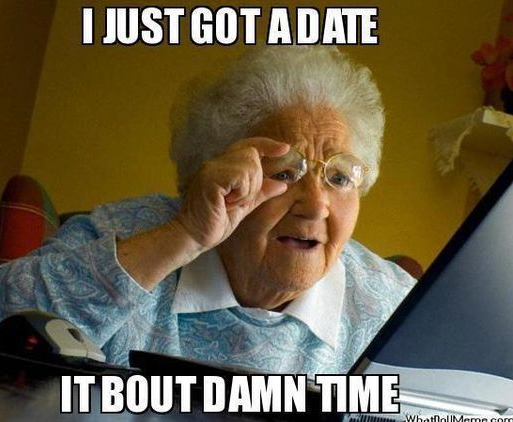 My point here is that technology can be fun. There is nothing to fear. There’s a whole world out there to explore, and this just allows us to do some of that from our own home. It’s an amazing way of staying in touch with both family and friends. I still believe that nothing can replace seeing each other in person and talking face-to-face, but when that is not possible, technology can allow you to stay connected. It was amazing to me that I could pay bills at home while traveling in Tibet.

Of course, some people are a little slower to catch on. One of my friends was recently in Florida. When she returned, she complained that she had texted us, but no one replied. We couldn’t figure out why we had not received her messages. A little further probing revealed the problem. She had texted to a landline. Oops! Well apparently there is still some work to be done, but we have lots of time to work out the kinks.