I love to travel. It is my favorite type of holiday. Yes, lying on a beach or sitting at a cottage are very relaxing, but I prefer to explore new places and cultures. When my kids were much younger, it was exciting to introduce them to little pieces of the world. I would scrimp and save all year just so we could go on an adventure. Later, I traveled with a couple girls I worked with because as teachers, our vacation times were the same.

As I got older, I began traveling with my girlfriends since most of us were both retired and widowed. Our families were grown and gone, so we had the freedom to do as we wished. And most importantly, we had known each other for so long that it was easy to spend time together.

Several of the earlier trips were with large tour groups on those huge tourist coaches with a guide. I suppose it is a convenient way to travel, but I quickly grew to dislike the rigid schedule imposed. 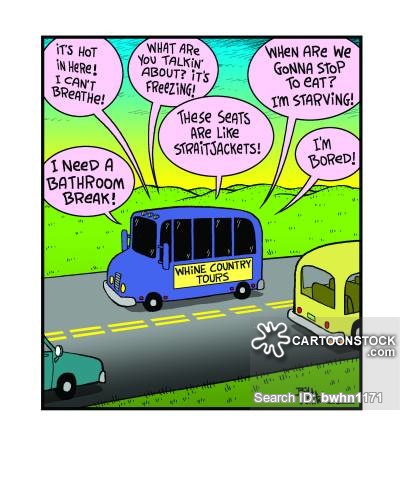 As we gathered more confidence, it became fun to plan our own schedules, book our own hotels, drive ourselves, and eat when and where we chose.

Every trip has become an adventure, and most times you have to just go with the flow. I love to stay in small local hotels; you seem to get a better feel for the culture. I  have unknowingly made reservations in a tiny nine room hotel in the heart of the “red light” district in Rome, in an ancient monastery in the south of France (we had no windows or screens and the pigeons seemed to think they were welcome inside), in a converted palace in Florence (no elevator…our rooms were on the third level and the stone stairs were about 18 inches deep; I have still not heard the end of that one), and in London above the train station where we accidentally overflowed the bathtub and flooded the room. Ahhh the memories!

Not long ago, a friend and I decided to go to China and Tibet. Just getting a visa was an adventure. I think we were the only Caucasians in line with 100’s of Chinese at the Chinese Consulate.  The sixteen hour flight was exhausting. That trip took us on every mode of transportation from plane, train, boat, bus, and even a gondola ride. 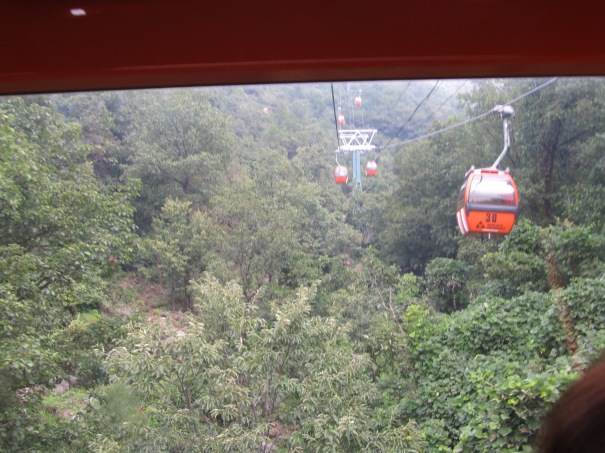 The sleeper car on the train found us paired up with two Chinese men who spoke no English. To get to the top bunk, you had to stand on the bottom bunk, step one foot onto a tiny ledge on the wall and hoist yourself up. Getting down in the dark at night to go to the bathroom was quite the endeavor. Mind you, trying to aim for the hole in the floor to pee while the train rocked back and forth was also a challenge.

Scariest of all was our trip down the Yangtze River. The region had been plagued by torrential rains previous to our arrival. Cities and villages along the river had flooded badly and large boats could not dock in their usual places. In order to get to our ship, we were taken by bus for about a four hour ride to where they could bring the ship close enough to shore for boarding. It was late at night, we were exhausted and hungry, it was still raining and muddy, and we had to carry our luggage down steep steps to reach the fast flowing, dirty river. They had roped together wooden dock sections out to the ship, and crew held flashlights so we could see. If you fell over, you would never be found. The next morning I took this picture of where we had walked the previous night. 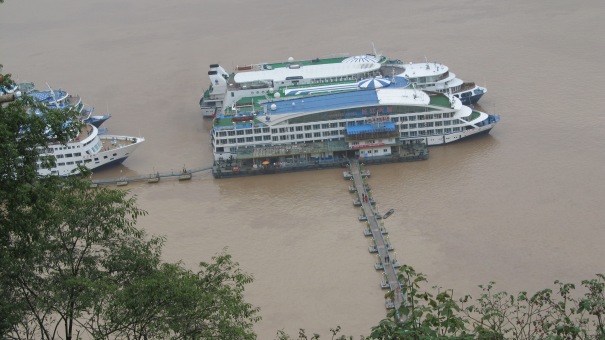 What the hell was I thinking?

All in all the trip was amazing and I wouldn’t trade the experience for anything. Sometimes, you just have to take chances.

This all brings me to our next adventure. Four of us are going to Amsterdam this summer. And to make things even more fun, we have booked a houseboat in the old section of the city to live on for our stay. Check it out with this link….

I will definitely keep you posted about this new experience.

One thought on “Planes, Trains, Boats, and Tourist Buses” 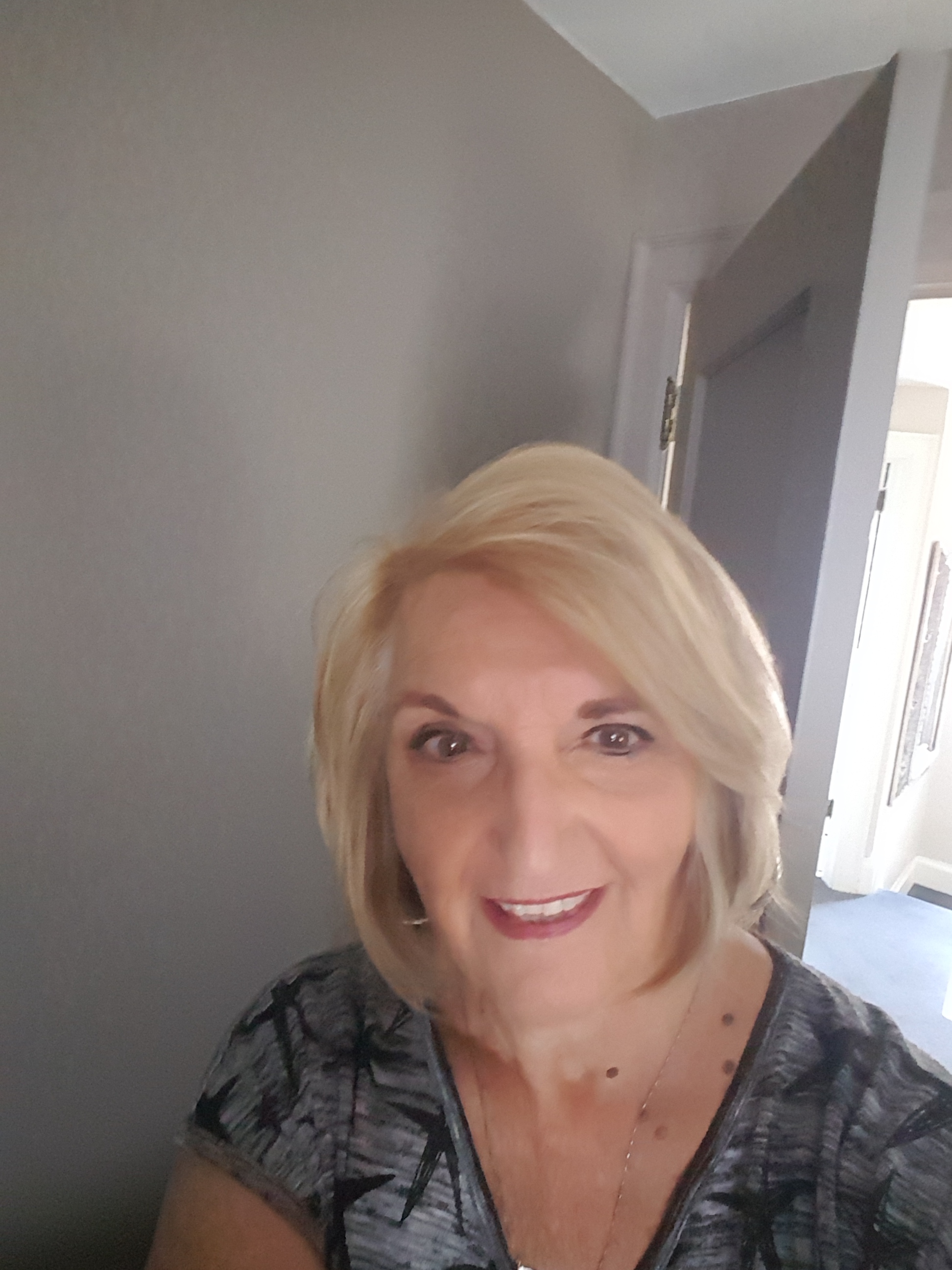